At the age of 27, Henri Joseph Harpignies embarked on an art career and entered the studio of landscape painter Jean Alexis Achard. Following Achard’s advice, Harpignies left for Rome in 1850; the Italian landscape convinced him that structure takes precedence over color. “I liked the form which is quintessentially present everywhere in the Roman countryside; that is where I understood it and it has guided me throughout my career.”

Back in France, he participated for the first time in the Salon of 1853 where, from then on, he exhibited regularly. In 1897, he won the Grand Medal of Honor. By 1850, Harpignies practiced watercolor, which became his true means of expression and allowed him to express variations in Nature according to the seasons.

Essentially a landscape painter, this “Michelangelo of Trees,” as Anatole France called him, does not fit into any of the successive currents which agitated the evolution of painting. Although influenced significantly by Corot, he quickly affirmed his own personality. Thanks to the freshness and luminosity of his landscapes, Harpignies became a well-known watercolorist who won numerous medals and was invited by Whistler to exhibit at the Royal Institute of London.

Mainly known for his naturalist landscapes, Harpignies nonetheless produced some Parisian views and studied the city’s appearance at different times of day. The delicacy and subtility of this work is an excellent example. Using watercolors made it possible to handle the urban landscape atmospherically via grey wash and very diluted colors.

The view, situated slightly below the viewer, is dominated by a washed light and a shifting sky animated by greys and blues. It thus differs from previous city views which have greater contrasts and are more structured, such as Saint-Germain Boulevard of 1887 (Paris, Petit Palais Museum) or the View from a Window at No. 6, rue Furstenberg of 1882 (Private Collection).

In addition, Nature, which is always present in views by Harpignies, is illustrated here with finesse through the interplay of different chromatic nuances of green, on the one hand, and on the other, by the depiction of trees and branches handled in India ink wash which are animated by a life of their own. 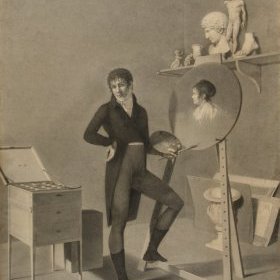 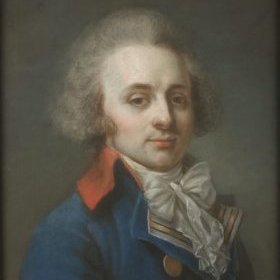 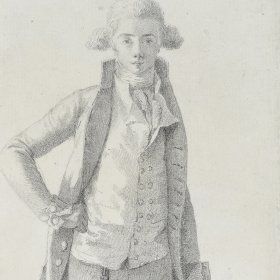 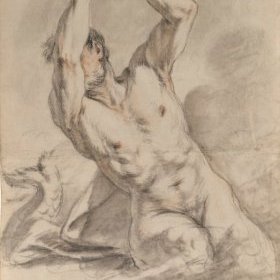