Portrait assumed to be of Charlotte-Marie of Lorraine-Guise, demoiselle de Chevreuse

A radiant smiling sumptuously attired mid 17th century beauty of a type sure to captivate hearts, the young lady in our portrait both fascinates and conserves a certain mysteriousness. No specific element in the picture to date makes it possible to penetrate her anonymity, but her rich attire indicates a person of quality, no doubt from the highest ranks of the kingdom. She is, in fact, clothed in all the elegance of the early years of Louis XIV’s reign, in a silk dress embroidered with gold and silver thread with puffed sleeves encircled with ruby, sapphire, and pearl strings. An ample pendant of diamonds and large pearls embellishes her bodice, while a cape of gold cloth embroidered with silver and lined with crimson silk over the right shoulder gives even more sparkle to this display of wealth worthy of a princess.

Nonetheless, all of this ostentatious luxury only occupies the lower quarter of the portrait and barely extends beyond the fine light beige muslin guimpe which emphasizes rather than covers the décolleté. Above that, the marvelous lightness of the “lily and rose” flesh tones easily rivals the white pearls decorating the lady’s neck, ears, and hair. The cold light coming from the upper left glows across the flesh, falls on the pearls, brushes the carmine lips, enflames the sitter’s eyes bordered with thick silky lashes, slips across ringlets escaping from the sophisticated hair-do.

This vibrant lateral light which brings out textures, penetrates the thickness of the iris, and creates warm transparent shadows, along with this Van Dyckian blending brushstroke, are characteristic of one of the most sought out portraitists of the time. They distinguish his style from the art of the Beaubrun brothers who preferred minute description and porcelain flesh. Comparison with contemporary works by Louis Elle, called Ferdinand, which are signed on the back of the canvas leave no question as to the relationship to our portrait and its creator.

Nicknamed "Ferdinand" or "Elle Ferdinand," the Elles were a family of painters of Flemish origin active between 1601 and 1717. The first of the line, Ferdinand Elle (c. 1580-1637), probably originally from Malines, came to France in the very beginning of the 17th century. Protestant, he first worked at Fontainebleau, before setting in the Parisian quarter of Saint-Germain-des-Près where the maîtrise (guild), taking advantage of the liberties given to it by the abbey and in complete contrast to the Parisian guild, happily welcomed foreign painters. As his name lacked originality, he made himself known under his first name Ferdinand, which was subsequently taken by his descendants in order to mark the studio’s continuity: his two sons, Louis Elle the Elder or Father, and the engraver, Pierre Elle (1617-1665), and then Louis’ son, Louis Elle the Younger (1649-1717).

A famous portraitist, a master member of the Saint-Germain guild, Louis Elle the Elder worked for the grand Parisian families, the most eminent courtiers, and members of the royal family, among whom figured the Grande Mademoiselle, Queen Maria-Theresa of Austria, Philippe (Louis XIV’s brother), and the sovereign himself. As of February 1648, the artist belonged to the Academy of Painting and Sculpture where he was elected Professor in 1659. The hardening of royal politics towards Protestants nonetheless led to his exclusion on March 10th, 1681 and thus the loss of part of his clientele and official commissions. Elle Ferdinand renounced Protestantism two and half months after the Revocation of the Edict of Nantes, October 18th, 1685. He was immediately reintegrated into the Academy and returned to grace, as can be seen by the Portrait of the Marquise de Maintenon accompanied by her Niece, commissioned in 1688 for the Royal House of Saint-Cyr (Versailles, inv. MV 2196).

Our picture is a society portrait. Less solemn and codified than most of Louis Elle’s works, it is presented as a bust rather than with the artist’s preferred knee-length framing – the latter also preferred by the Beaubrun brothers. With its neutral dark background which brings the sitter closer to the viewer, the canvas is among the artist’s most intimate without losing any of its solemnity. The tight framing increases the emphasis on the young woman’s lively penetrating gaze which has sometimes led to a desire to identify her as Madame de Sévigné.

Although the dates do not contradict that identification –Marie de Rabutin, Marquise de Sévigné, was twenty-five years old in 1650 – this identification is refuted through comparison with portraits of the letter-writer who was, among other things, famous for her blondness. On the other hand, the resemblance of our sitter with that in an anonymous painting conserved in the Museum of Port-Royal des Champs is striking. Close to the Beaubrun and inevitably idealized, this portrait is thought to depict Charlotte-Marie of Lorraine-Guise, grand-daughter to Duke Henri de Guise, the famous Balafré (Scarface), and daughter of Claude de Lorraine, Duke of Chevreuse, and Marie de Rohan, Anne of Austria’s confidante.

Born in 1627, the Demoiselle of Chevreuse was known for her beauty and was, with her mother, one of the main figures in the Princes’ Fronde. Lover to Jean-François de Gondi, future Cardinal of Retz and a grand adversary to Mazarin, she was subsequently promised to Prince Armand de Conti, but the intervention of the Grand Condé, Conti’s older brother, and their sister, the Duchess of Longueville, sank the project. The Regent then imagined uniting Charlotte with Cardinal Mazarin’s nephew, Paolo Mancini, in order to seal the reconciliation between the frondeurs and the court, but the Duchess of Chevreuse actively opposed it. The princess died in November 1652 in Paris and was deeply mourned by her mother. A.Z. transl. chr 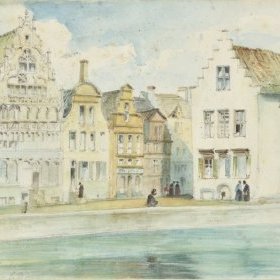 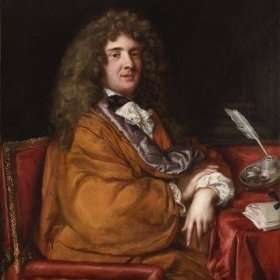 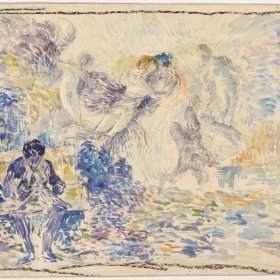 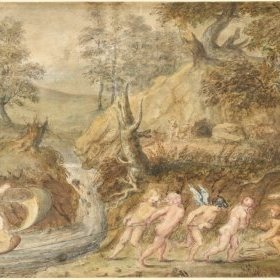 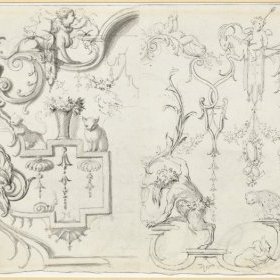 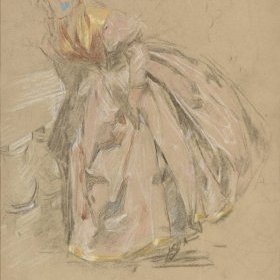 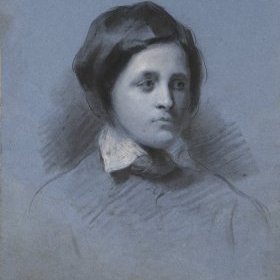 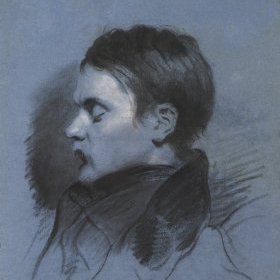 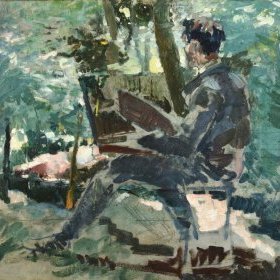 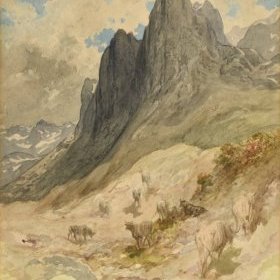 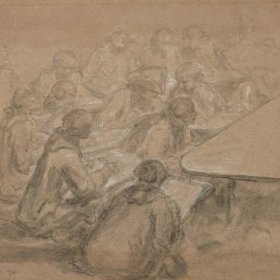 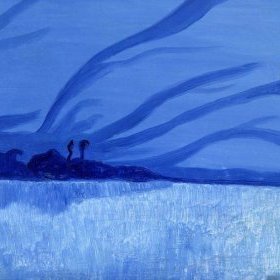 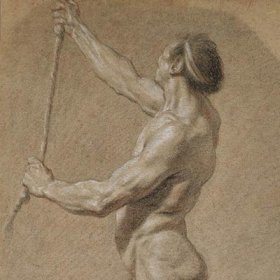 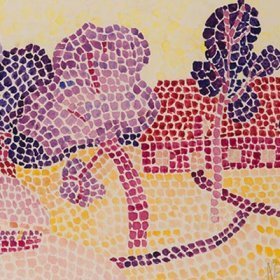