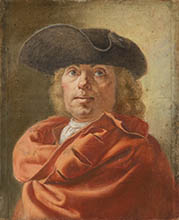 DRAWINGS from the 16th to the early 20th centuries

The gallery welcomes you to an exhibition of works by the French, Italian, Spanish, and Russian schools of the 16th, 17th, 18th, 19th, and 20th centuries, namely by